The Lemonade Joe for those who can't break away from their computer.

Today I have met Jeff Dunham [the ventriloquist] and his friend Achmed [the dead terrorist] for the first time.

DDR is at home!

I've got the DDR today!
I hope I will be as good as this child soon:

Later I would be able to dance like these boys and Eva and me would arrange similar competition with ours DDRs:

keywords: about my life, video

The comics "The twins [Ema a Irma] discover the university life". Cool.
a) I would like to know which university does Ema study,
b) the autor probably doesn't know the IT Crowd. If he knew, he wouldn't call the second girl Irma.
by Bára v 11:17 AM 2 comments:

Have you heard about the great misery on the Inari lake? In the winter Aku and Jari went fishing. Aku had a bottle of vodka and suddanly he got an appetite for it. He asked Jari: "Would you like a vodka?" But Jari didn't heard Aku because he had the cap over his ears so Aku drank the whole bottle of vodka on his own.
That such great misery happened to Jari on the Inari lake!
by Bára v 8:56 PM No comments:

CPS and the DDR

I have met my "CPS" friends yesterday. The CPS friends are people I had met in university computing study hall (the czech shortcut is CPS) when I was studying at MU.
Yesterday we found out Depka was living below the mountain of Praděd a few years ago which was very surprising for all of us. Also for the first time we went all together in Unezmi's car and for the first time we ate all together at a restaurant...actually rather than restaurant it was a Vietnamese snack bar. But it doesn't matter.

In the end of the evening Eva showed us their DDR. I liked it a lot and I need it and I wish it to my birthday.
by Bára v 12:50 PM No comments:

1) Boarding to a Pendolino is much more comfortable than boarding to any other train. Probably it is because every Pendolino passenger needs a seat reservation ticket and that's why no one crowds into a train to find a best seat for himself.
2) There is no wi-fi in STK! But they have sandwiches for us and two projectors. One of them has touch screen even.
3) There was a crowd in front of the bar and also behind the bar in Starbucks. They write your name on the paper cap [I have never seen this in Starbucks] and after very long long time someone behind the bar yells your name [your correct name if you have luck] and gives you your coffee.

For the present he is a nominee for the post of the Slovak television director.

PS: Václav is the mischief-making-man. He usually nominees himself to selections procedures because he wants to show the selection procedure is not as transparent as it should be.
by Bára v 3:32 PM No comments: 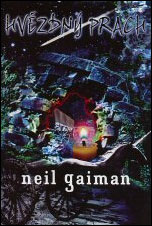 I don't want you to think I read the Stardust just because I have seen it at a cinema. No. I already read the book seven years ago and because I liked it, I have decided to read it again. Unfortunatelly I did it at the same time as the movie has been in cinemas and it was difficult to raise the book. Luckily w. has all the Gaimans book at home and she lent it me [thanx].
by Bára v 3:41 PM No comments: 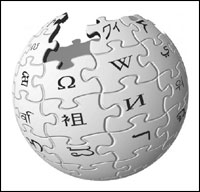 After more than a year I've started to cotribute to Czech Wikipeida again.
I can't suffer an egregious absence of information about Boris Akunin on Czech Wikipedia anymore. Because the Akunin theme is well-written on English Wikipedia I've decided to tranlslate it to Czech and also to take it as the other kind of my English learning.
My first article is about Nicholas Fandorin [the grandson of more known Erast Petrovich Fandorin] and I hope it is not the last one.
by Bára v 3:06 AM No comments:

Another next funny Ivan Mladek's song I discovered while I was writting the last czenglish spot. The song called "The shortcuts" starts at 5:27...


...and in the comments on youtube its translated to English by ID deep747 and ID lekkno.

PS: The man on the left is Zdeněk Svěrák, a Czech writer and actor who wrote Kolya movie screenplay - the Academy Award for Best Foreign Language [Oscar] winner in 1997.
by Bára v 5:42 PM No comments:

From the Czech newspapers

Here I have found Czech/Polish/English lyrics of this song:

1. I drive Skoda 100 to camp here on Orava
So I hurry, take a risk - go through Morava
The monster lives there, comes out of the bog
Eats mostly Prague citizen, its name is Jozin (Joseph)

2. I was driving through the village on road to Vizovice
The village mayor greeted me, said to me during drinking plum brandy
'The one who will bring Jozin dead or alive
gets my daughter and a half of National Agrarian Farm'

3. I said: 'give me a plane and powder, mayor,
I'll bring you Jozin, I see no trouble about that',
Mayor helped me, in the morning I went up in the sky
The powder from the plane prettily fell on Jozin.
by Bára v 2:58 PM No comments:

A cangaroo is hopping though the Australian desert and every hundred meters stops for a small penguin spewing out its pocket.
At the same time in the Antarctics there is a small cangaroo among a group of penguins, sneezes time to time and jabbering: fuck the exchange stays!
by Bára v 2:11 PM No comments:

Geda [snowboard] and shortly me [ski] in Petříkov. Low quality, because it is a mobile phone video:

keywords: out of brno, secret friends of us, video

Today is a special day: after a very long time I have the self-home-made lunch at work. But the lunch is not only an apple and yorgurt or something like that. My toady's lunch is real sandwich: bread, butter and ham. I'm very proud of myself :)

PS: I found two great things, when I was looking for a picture for this spot: the Holy toaster and the Miracle toaster.
by Bára v 11:48 AM No comments:

1) On the Všemi osmi blog I found the Traveler IQ challenge - How well do you know your world? link. I passed 10th level of 12 and I think it is good. Last levels was very difficult and I was satisfied if I specified the right continent at least.
2) With the Traveler IQ challenge I remember the World 66 where you can mark your visited countries.
by Bára v 10:09 AM No comments:

Some idiot switched off [OK, I did] the heating in our flat before the holidays departure. Today we come back home and the warmest room is suprisingly the foyer which usually have door properly isolated to keep the foyer cold out.
by Bára v 8:09 PM 2 comments:

keywords: gah, household
Newer Posts Older Posts Home
Subscribe to: Posts (Atom)
This blog is just one of my ways how to improve my English. I know that my English is not very good now. Be patient with me, please. And of course, correct my mistakes, if you would like.
I started to write in English in November 2007 and inchmeal I would like to translate to English whole my Czech blog.