One third of a book

I finished the first part of Agatha Christie's Autobiography [the book has three parts which are split by two sets of photographies] yesterday.
Yes, I really know it isn't important for the World, but I'm really proud of it. I have read it for five months - so long time, because I didn't keep my own obligation: to read at least one page every day.
Now I have to read next 358 pages to finish the book cempletely and I should get to do it because:
1) I've got The Case-Book of Sherlock Holmes as gift from my classmate Vendy
2) Vendy have brouht me two Boris Akunin books from London 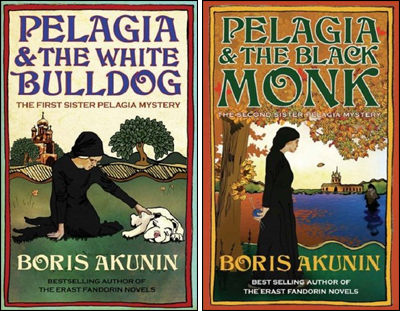 I must say that I have these Akunin's books in English not to be pride oneself. Unfortunatelly Boris Akunin is not as known writer as I would like he would be in Czech republic hence I guess the Pelegia series will probably not appearance in Czech at all.
Though Albatros publishing [publisher of Akunin's Erast Fandorin series] finished the Harry Potter series finally they could start to publish the other books too.
by Bára v 12:51 PM

Dear.I am very honored to introduce a external hard drive cnet products to you,it is very useful and free,and professional technical support.THANK YOU !

It seems great! Here are some discount ray ban sunglasses for you.

This is really great work. Thank you for sharing such a good and useful information here
Back Office Services